The EGNOS status session was packed with useful content for EGNOS users, presented by experts from EUSPA and ESSP Interesting case studies of EGNOS implementation in the aviation, maritime, rail and agriculture sectors had a central part during the meeting.

The EGNOS ecosystem is evolving significantly. EGNOS is entering a new era with the growing interests of users from different market fields. Apart from the aviation sector, which remains the most mature, in maritime, the declaration of the EGNOS L1 maritime service by 2023 is expected, as well as its evolution within EGNOS V3 afterwards.  In the railway field, the way is being paved for future services under the roadmap agreed upon by EUSPA.

“EGNOS is successful and counts on a long history of providing navigation services to aviation, maritime and land-based users over Europe. This session is our way to push forward the collaboration with the users to ensure further progress,” declared Jean-Marc Piéplu, EGNOS Exploitation Programme Manager.

ESSP, as EGNOS Service Provider and co-organizer of this session, opened the welcome speech with Charlotte Neyret, ESSP CEO who said: “This is a very special year for ESSP, as we just have been renewed as the EGNOS service provider for the next 10 years, thanks to EUSPA and the European Commission, who trust ESSP team and our commitment to continue building EGNOS along the way.”

Moving into the review of the EGNOS programme status from a global view, the figures shown by the speakers were conclusive. The evolution in the implementation of EGNOS in aviation is remarkable, as is the status of LPV implementation procedures published with respect to PBN regulation which does currently cover around 65% of Instrumental Runway Ends airports in Europe.

Aguilera also stated that EGNOS is becoming mainstream in aviation, and she highlighted: “New EU Avionics for commercial aircraft hit the market in 2022: Airbus delivered to EasyJet the first A320 equipped with EGNOS and Fokker completed a STC for LPV on B737NG with ASL Belgium.”

When it was the turn to present recent case stories of EGNOS implementation, we could witness interesting challenges met in the transport sector in Europe lately, such as the case of how the implementation of an LPV approach on Non-Instrument Runways at Pilsen Airport is progressing  by Filippo Tomasello, EURO USC Senior Partner from Italy; or the benefits of EGNOS in the railway sector with an interesting presentation called: “EGNSS service for railway safety-relevant applications” by Keerthy Narayana, Business Development Manager at Airbus Defence and Space, contributing to a EGNOS rail service concept.

Narayana highlighted EGNOS as a safe solution for rail signalling modernization and pointed out the main advantages provided:

Beyond aviation and rail, maritime is another sector increasing the use of EGNOS. See below the amazing video case shown during the session where pilots in the Port of Cadiz, Spain, can manouver the entry of large merchant and cruise ships with Portable Pilot units that are using EGNOS. Impressive!

You can watch the full video here! 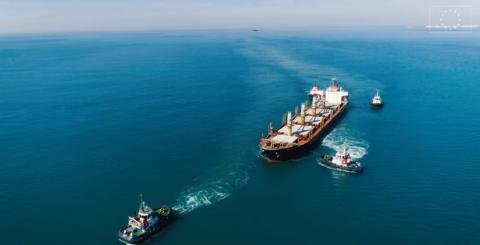 Finally, precision agriculture was another market segment where EGNOS implementation was analyzed and its benefits to farmers. In this session, we had the pleasure to listen to Jaime Monreal, President of the company Agrocontrol Technologies who spoke about “Precision agriculture products and solutions using EGNOS” and indicated that EGNOS, as a free sub-metric precision correction, is mainly used in spraying and spreading, but also in tilling. 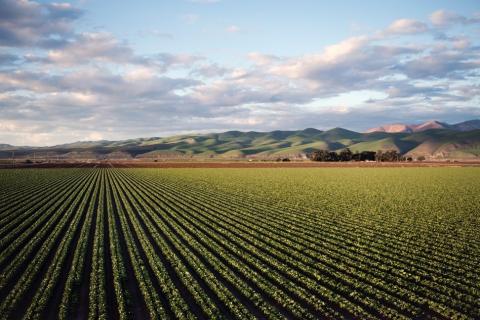 Monreal mentioned that by using the DAT (Dimensions Agri Technology) system in combination with EGNOS corrections, depending on the crop field, farmers could save 60% to 80% of the chemicals used to mitigate weeds. EGNOS helps productivity by allowing fewer chemicals to be used on the soil.

To conclude the session, ESSP CEO delivered a certificate of recognition to BABCOCK SCANDINAVIAN AIR AMBULANCE, a helicopter operator, not only for being a pioneer in this category using EGNOS but also for collaborating with other companies in the area by disseminating the benefits of EGNOS to them. Receiving the award were Touring Captain Christian Schultz and Niklas Borjesson, Babcock pilot.

Jean Marc Piéplu from EUSPA also presented an award to ENAIRE, for having published an LPV procedure at Barcelona airport, the second largest airport in Spain. The award was received by Patricia Callejo, GNSS Certification Manager at ENAIRE.